Sheep worrying is a crime and anyone witnessing dogs attacking or chasing sheep should report this to the police.

Local farmers can also join Rural Watch details of which can be found by following the above link.

With its rural setting Shearsby is deserving of a calendar which celebrates all things flora and fauna, farming life, lovely gardens and scenic views.

For a full set of photos go to the gallery and in the dropdown box select Countryfile and Go, or click on C.

Sunset and a Rainbow over Shearsby on Valentine's Day 2018. 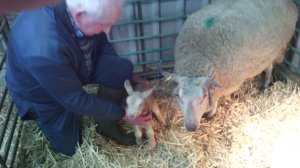 The first lamb of the season, born in Shearsby on 6th February 2018 at 10am, was a ewe. Seen here with David Durran. 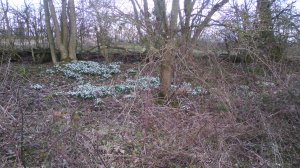 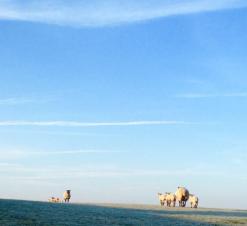 Early morning view of lambs in the field on 23rd March 2018.

A Red Kite has been spotted in Welford Road on 2 separate occasions by 2 people. Follow the link to the RSPB site for information. June 2017.

A white fox has been seen numerous times around the village. July 2017.

Go to the Gallery for the photo. 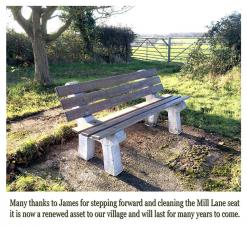 The bench on Mill Lane, cleaned by James Peake, November 2017. Thanks James. 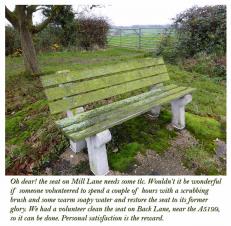 The bench on Mill Lane was in desperate need of a good cleaning, November 2017.

The Neighbourhood Policing Unit is Broughton Astley and Walton.